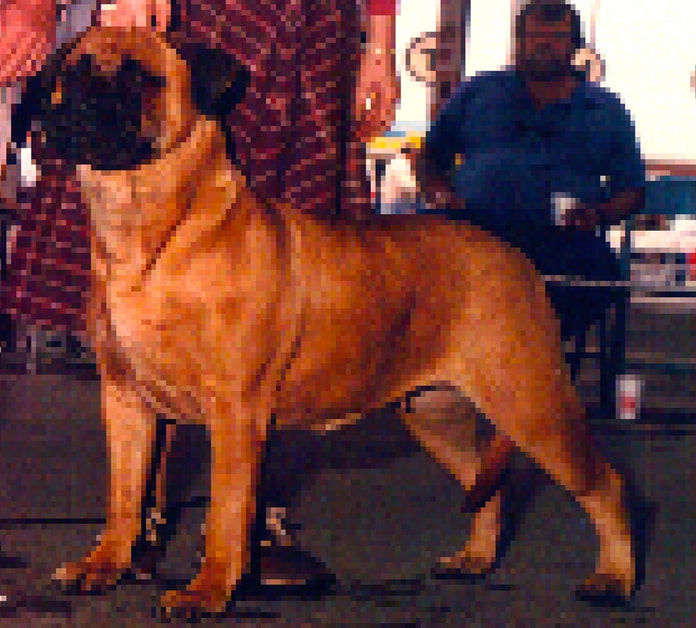 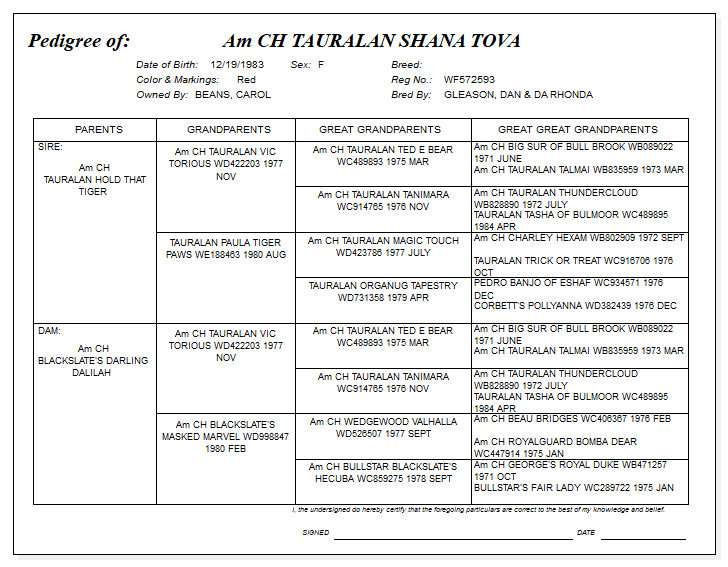 “Shayna” was the product of a half brother-half sister breeding, both parents being sired by the first dog to reach the Gold ROM rating. She was one of 6 champions in that litter. She was a pick of litter puppy. Shayna was deep red, with a level bite, dark eyes, good substance, and excellent movement. She lacked strength of muzzle. She more than made up for that fault with her beautiful showmanship and personality. She went Reserve Winners Bitch at the Far West National Specialty at 9 months of age. She finished her championship quite easily. Shayna was crazy about people. If a person sat in one of our living room chairs and wasn’t careful Shayna would plant herself right in front of them and put first one foot then another on the chair until she had her whole body in their lap. Shayna lived into her 12th year.