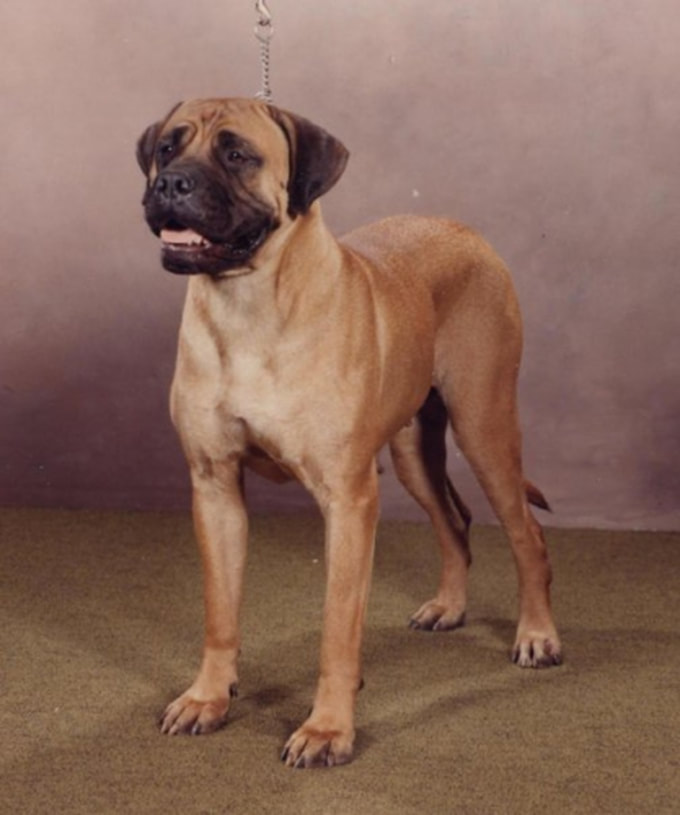 I purchased "Amy' strictly on the fact that she was a inbred female. Her sire was Ch Scyldocga Long John Silver, OFA#10 ROM and her dam was a Long John daughter. She was bred to my Long John son, Ch Scyldocga's Bairn McTavish, OFA#209 ROM, and produced two ROM daughters and a national Speciality Best of Breed winner, Ch Tailwynde's Rinky d'Ink OFA#213, the sire of Ch Tailwynde's J Paul Get'EM, OFA#359,ROM.  Amy was a paragon of fertility, producing a total of 56 puppies. Her second litter consisted of 17 puppies all whelped alive over 17 hours. That taught me a lesson: when a bitch is going to have a gigantic litter, do her as favor and don't make her go through protracted whelping. Amy spent the next three days hooked up to IV's at the vets. She wasn't much to look at,  26 inches at the shoulder, no substance, cow hocked with hare feet.  But she was short backed and and had great pigment, she had a good bite and she was inbred to one of the best sires of that era.

by Adele Pfenninger of Bullmastiffs of tailwind,Reg 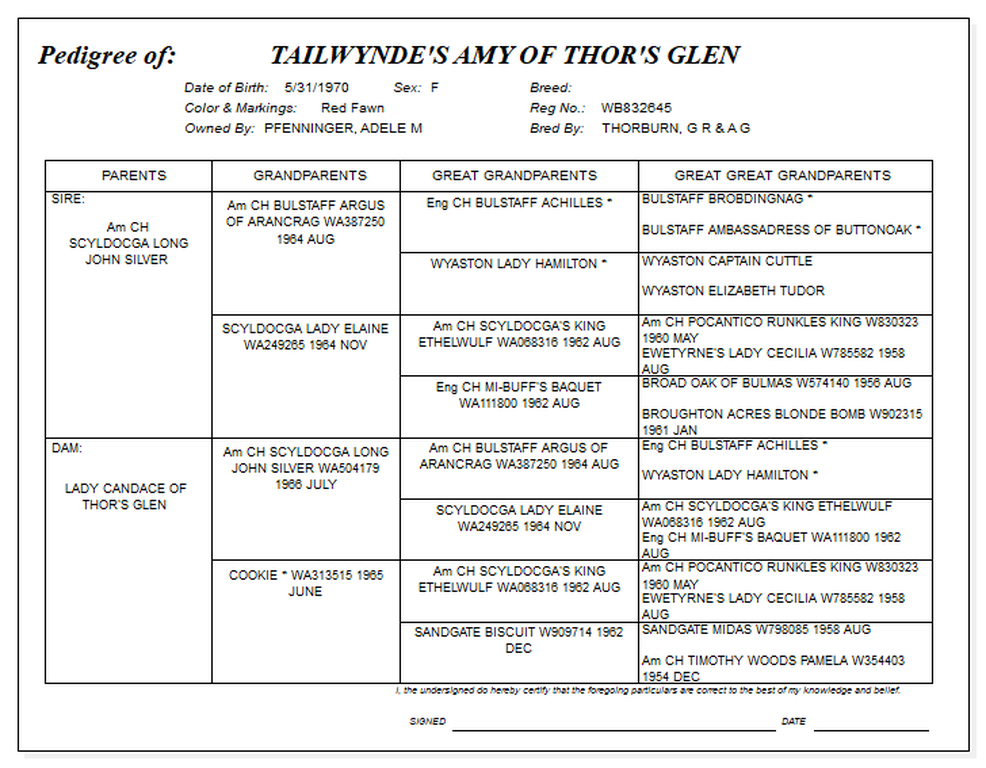