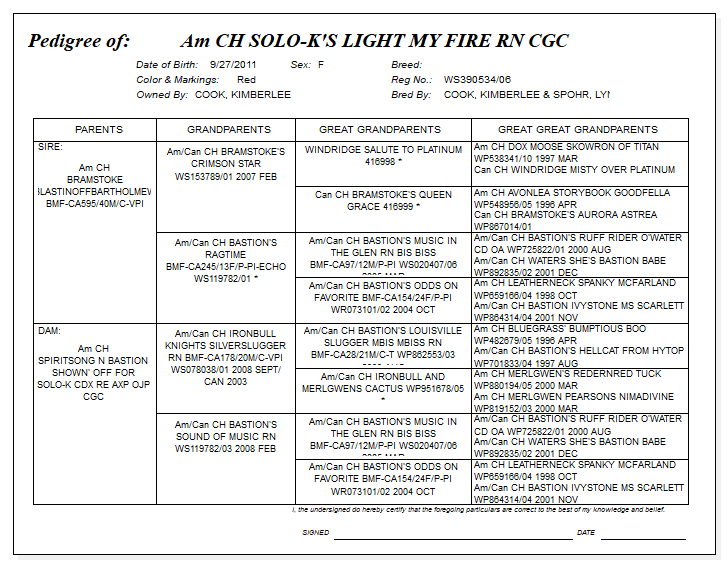 Kindle was out of my first litter that was co-bred by Robert & Lynn Spohr and was one of three pretty red girls in that litter of eleven. She was bred twice, once to GCH CH Dal Primo's The Jester of NV  "Joker" where she had 2 puppies - both girls. And a second time to CH Bastion N Del Toro's Time Of My Life "Johnny" where she had 6 puppies. Unfortunately due to tragic circumstances we lost 4 of those puppies at 2-3 weeks of age . So we were very proud that she was able to make ROM Status on just 4 living get!!!! Those puppies who contributed where .......CH Solo-K's Untamed Luxury CD RN NAP NJP CGC TKN "Posh",  littermate sister CH Solo-K's Coco Channel "Coco" & CH Solo-K's Irish Blessing "Seamus" from her second litter.

Kindle is a top of the standard girl with one of the sweetest personalities, always wanted to cuddle & be in my lap. She has good bone, strong rear, & a pretty head piece. Her biggest fault needing improvement was length of back, so in both breedings we chose squarer shorter backed dogs. Her daughter Posh has continued our mission of producing multi-ring dogs that are accomplished in many different AKC venues. I have included photos of her Champion get.

6 Points – 3 CH + 3 working
11/30/2018
These are the get of Ch Solo-K's Light My Court
click on the thumbnail to see the full size picture. Hover and the name of the bullmastiff is displayed 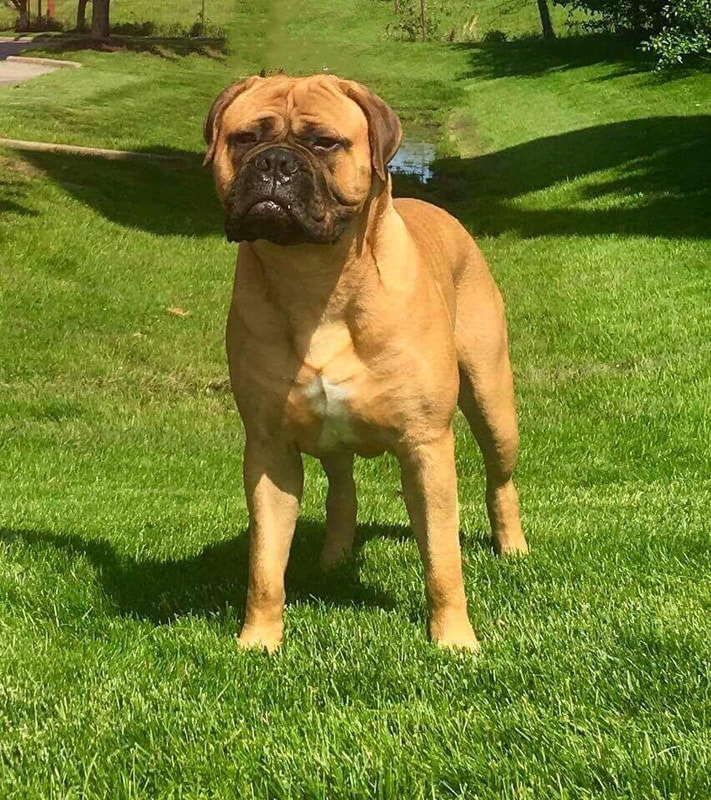 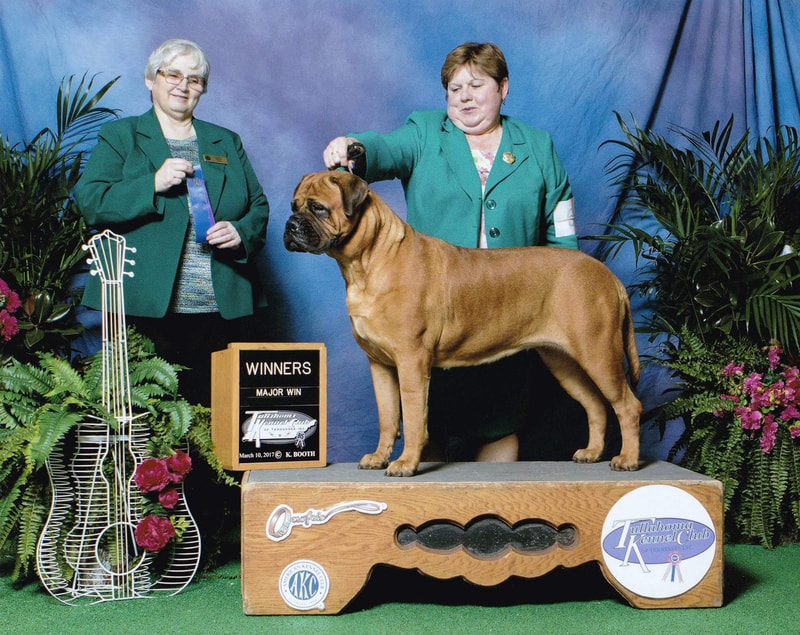 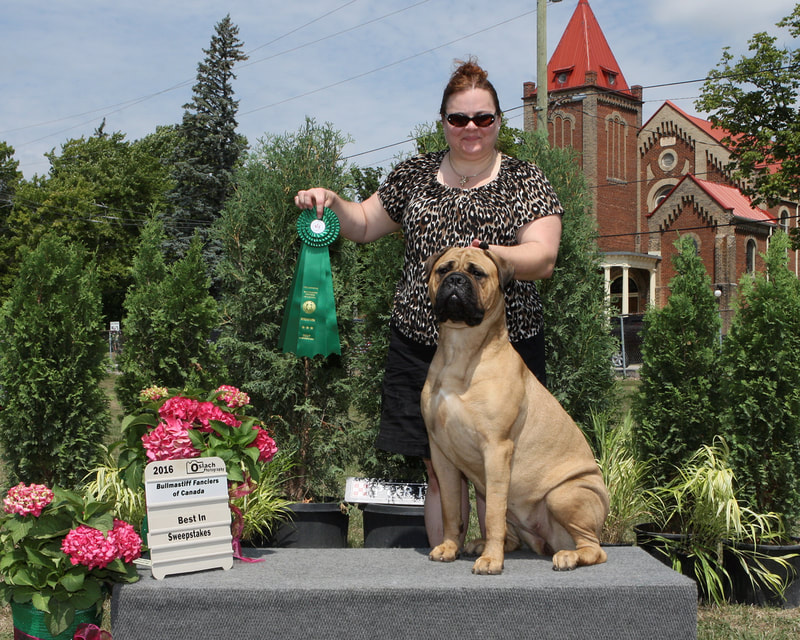