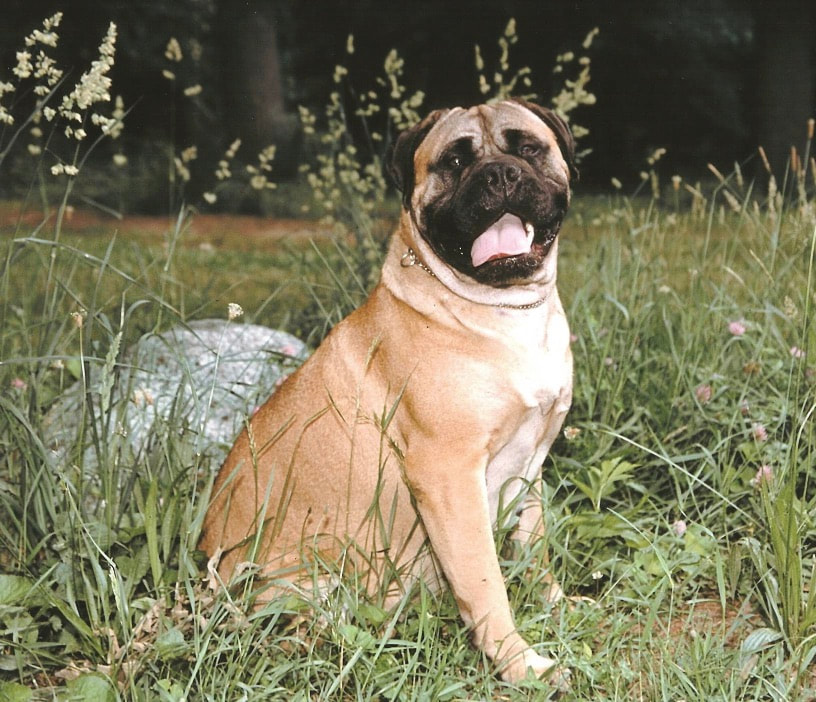 Ch. Shady Oak Nellie of Glenetty was one of a litter of seven whelped on May 5, 2002. Nellie was the result of a carefully planned breeding to a pedigree that was dominate in ROM sires and dams. She was prepotent for her short back, level bite, wide underjaw and black pigment. She had a moderate, feminine head, with a nice dark eye. Her topline was level extending into a correct tailset over moderate bone. Hertight cat feet supported a smooth, powerful and tireless gait. Nellie was 23” tall a weighed 105 pounds. In a perfect world I would have changed the length of Nellie’s tail and given her another inch in height. She could have been a little more confident as a young bitch but motherhood created the confidence she lacked earlier.

Nellie was happiest when running the fields and woods with her daughters everyday. She loved to swim and wrestle and sun in the grass. She tolerated dog shows but like her breeder, owner and co-owner preferred to be home. We dutifully attended dog shows where Nellie’s first time out she won BOS in Sweepstakes to her litter brother‘s Best in Sweepstakes at The Greater New York Bullmastiff Specialty in 2003. She quickly finished her championship with all majors. Though rarely shown Nellie went on to win an Award of Merit at the 2005 National Specialty in Lancaster, Pa. and another Award of Merit at the Philadelphia Kennel Club’s bench show in 2006.

Nellie’s greatest contribution to the Bullmastiff breed were the outstanding puppies she produced for other breeders and for Shady Oak Bullmastiffs.. It is with great pride that Robin and I are able to add another page to the Register of Merit book.