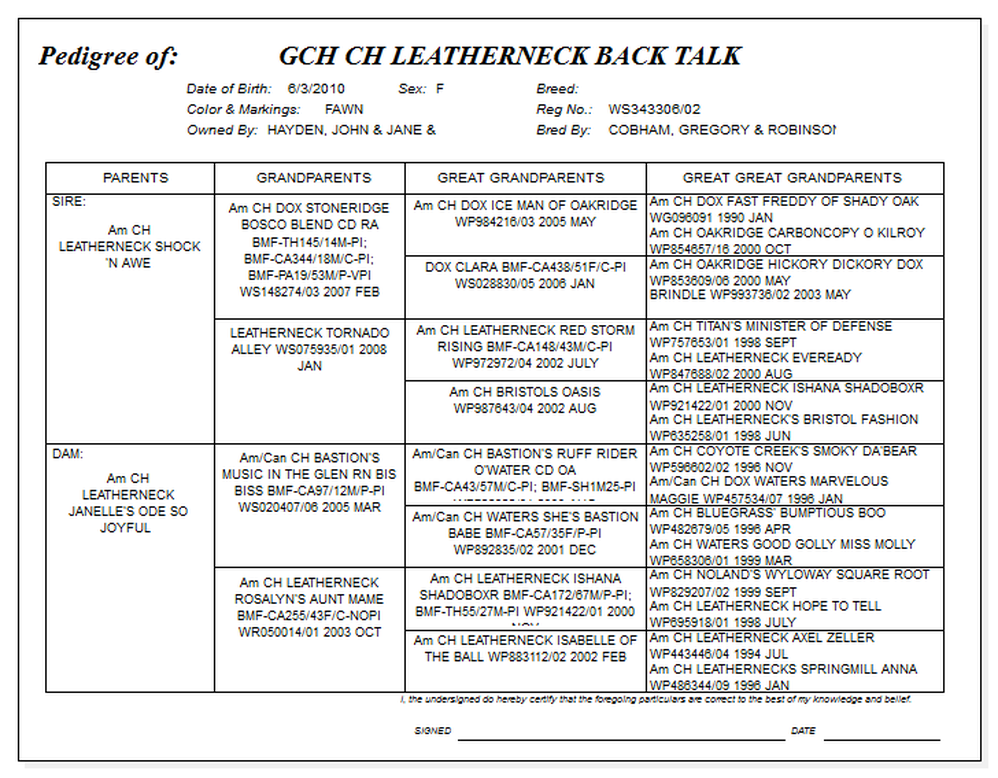 Gabee is a special girl who will melt your heart when you meet her.  She is a lovely typey bitch. She has an outstanding headpiece and a beautiful topline. Her movement is excellent.  Her temperament is wonderful, she is an easygoing pleasant girl.  She is a fantastic guardian of her family.  Fortunately, she has passed on the following attributes to her pups, her beautiful headpiece, great topline and her temperament. As Gabee runs a bit on the short side, we are pleased that her offspring have exceeded her in height.

Gabee was the pick bitch of her litter. Jean Robinson of Leatherneck Bullmastiffs kept Gabee as she felt she had great potential. Jean knew the breed and was absolutely correct on this girl.

In the fall of 2011, Jean became ill and sent Gabee to John and Jane Hayden.  She then signed Gabee’s registration over to them. In April, 2012 we took Gabee to the ABA Regional Specialty in Perry, GA,  where she was awarded Best of Opposite Sex. Jean was very pleased.  She planned two breedings for Gabee and in May of 2012 she was bred.

In 2014 at the American Bullmastiff Association National Specialty,  Gabee was awarded the ultimate honor for a brood bitch. She was awarded Best Brood Bitch for 2014.

We are honored to have been gifted this beautiful girl.  She holds a special place in our hearts.