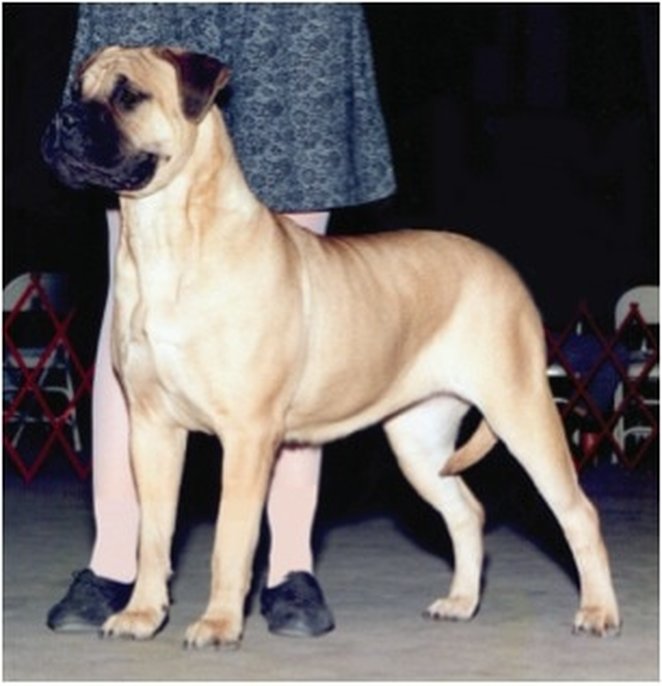 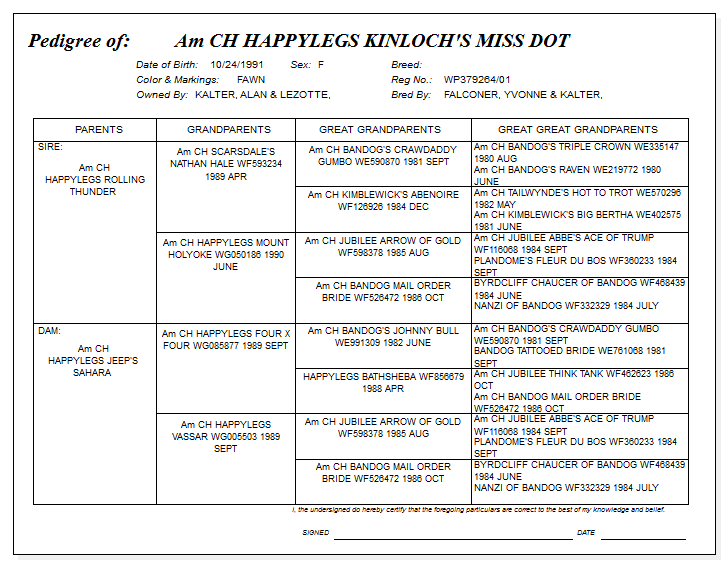 “Missy” is a tall, substantial bitch. She has beautiful side gait, a lovely front with good shoulders and a near perfect mouth. She is a little long in back and moves a bit close in the rear. Missy had two litters, the first by her housemate, Ch. HappyLegs Bruce of Kinloch, the brindle litter brother to Ch. HappyLegs Luke of Hartford and Ch. HappyLegs Levi’s Genes, the second by Ch. HappyLegs No Warning. Both litters produced good moving pups with short backs and delightful temperaments. Missy is owned by Jim & Dorothy Horn and now makes her home in Scotland, where she lives with her buddy Bruce and her daugh- ter from her second litter, Flora. Missy is OFA good.