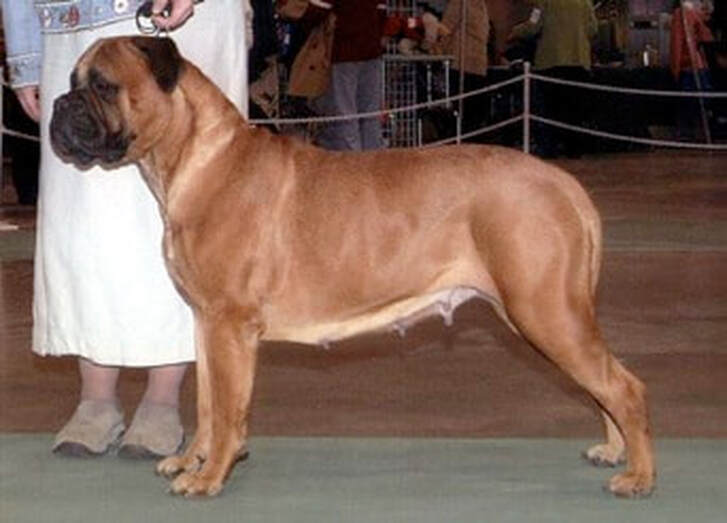 Dharma is first my friend and protector, she was 100% owner handled to american and canadian. conformation titles as well as american novice obedience title. In the very limited times I showed her as a. special, we won 13 Best of Breeds, almost always beating male specials she competed againest, and also. earned a group placement. Dharma is a substantional red bitch with a short back , incredible depth of chest
and beautiful angulation, who also moves out with ease in her reach and drive. Dharma was only bred once. and produced a litter of 12. Three females from the litter finished with ease, and two males need majors to. finish. In future generations I hope to improve upon her pasterns and obtain a tighter foot, a cat foot.