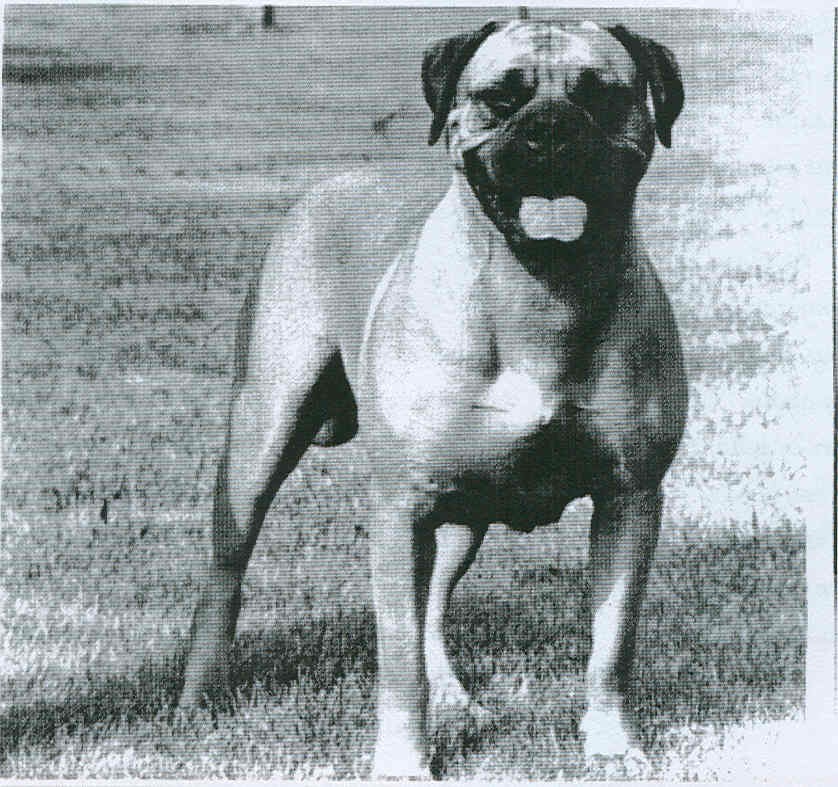 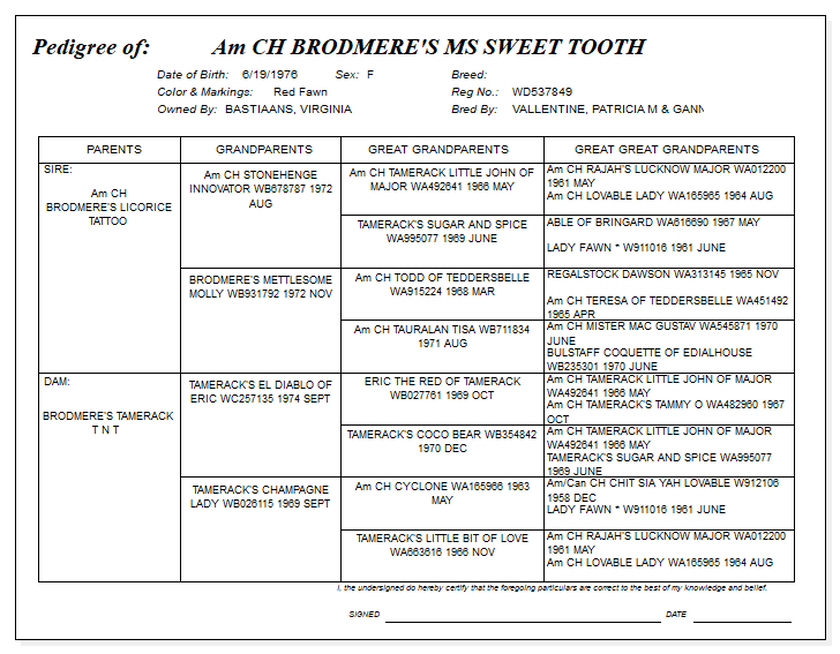 “Needles” was my foundation bitch for N-N.  She had three litters from Tailwynde dogs.  One year three of her children were in the Top Five in the United States (Fips, Beau and Zorro).  At a Midwest Specialty of over 100 entries (11 bitch specials, 11 dog specials), she went Best of Opposite, owner handled.  I was advised to breed her because “Bullmastiffs were a bunch of deadheads” and Needles influence in the breed “was needed”.  Needles was my companion during a very hard period of my life, she was so sweet.  I asked Tony Schons, responsible for 3/4 of her background, if my sweet girl would ever protect me?  He laughed and assured me that she would “be there” for me. I never needed her protection, but I knew when I stopped to rest on long car trips to see my parents, no one would open my car door.  Stealing my hubcaps would even be frightening!  She was interesting, if I bored her with a repetitive task, she haughtily turned her back on me and would never do the boring thing again.  One day the electric meter reader came over my fence and sprayed her eyes.  She ran to her shelter in pain, then whirled on him.  He vaulted the six foot gate with her teeth on his rear end.  Needles left as her legacy: beauty of face, personality, chest, structure and movement.  Her offspring are not known for good bites, but two of her sons earned Best in Shows and one won Breed at the ABA 50 Year Specialty.  Five years later her grandson did the same, as did her great-grandson in 1991.  She was killed at only five and a half years of age from poisoning her liver from chewing up a new carpet.  She is still mourned.