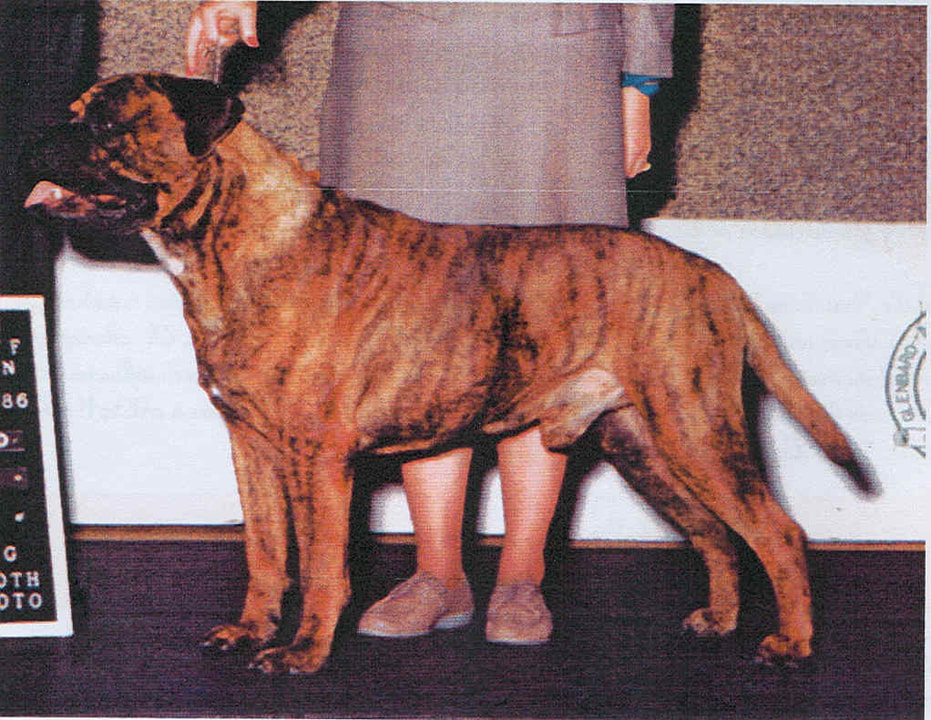 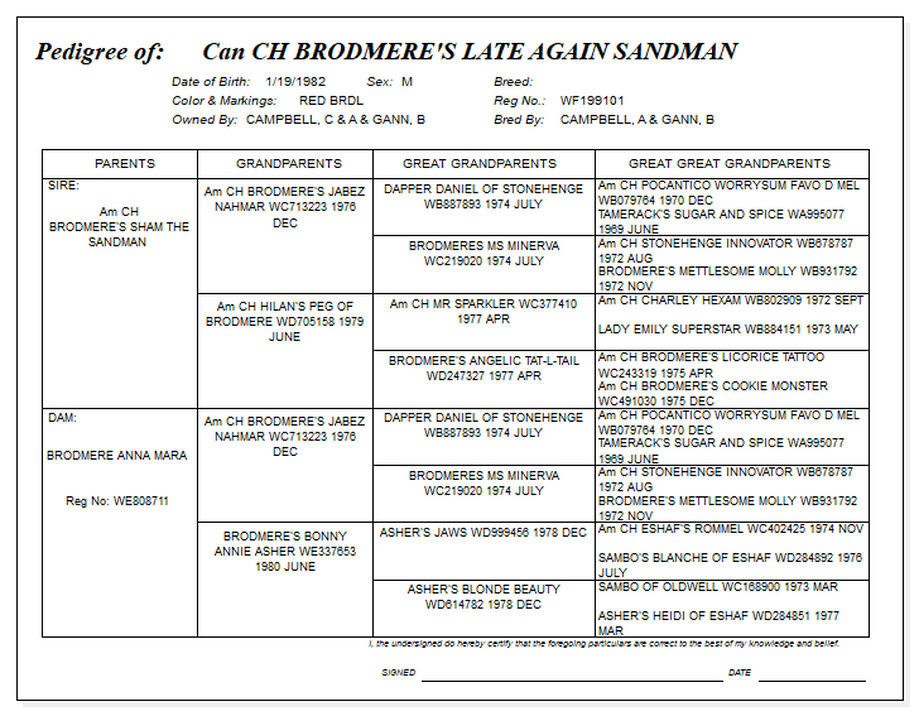 It was a  cold damp night in November of 1991, when Topper passed away. He would have been ten years old in another month.  Having grown up with Bullmastiffs, I have seen a fair number come and go.  All of the dogs are special, but Topper was exceptional. He, more than any other dog, has left me with the fondest of memories. Those of you that have been in the breed long enough, have had your own “Topper”, and know what I’m talking about .

Topper was of medium size with a consummate head , square body, and sound movement. He was highly intelligent and  good natured. Topper was much happier at home than in the show ring, and therefore, spent most of his time at home. Maybe that was due to the fact that he received female callers at home. He was always a gentleman with the ladies and sired several beautiful litters.
Most of  his Get went to the “best home” not the “best show home”. And so, many of his offspring were not shown . However, there were several that were shown and did quite well in the show game. Among them is Am. Can. Ch. Stonepost Kingslynne Tucker. Who, with limited showing, finished in the top ten two years in a row. One can see Topper’s influence in his children and in his children’s children. He has truly made a significant contribution to the breed and possesses a ROM title in both the United States and Canada.