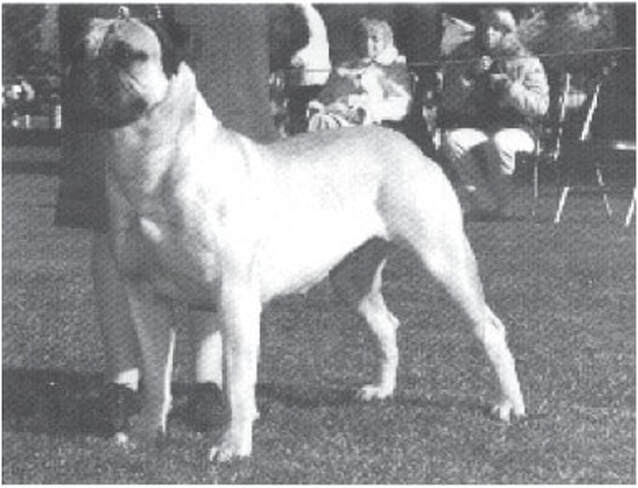 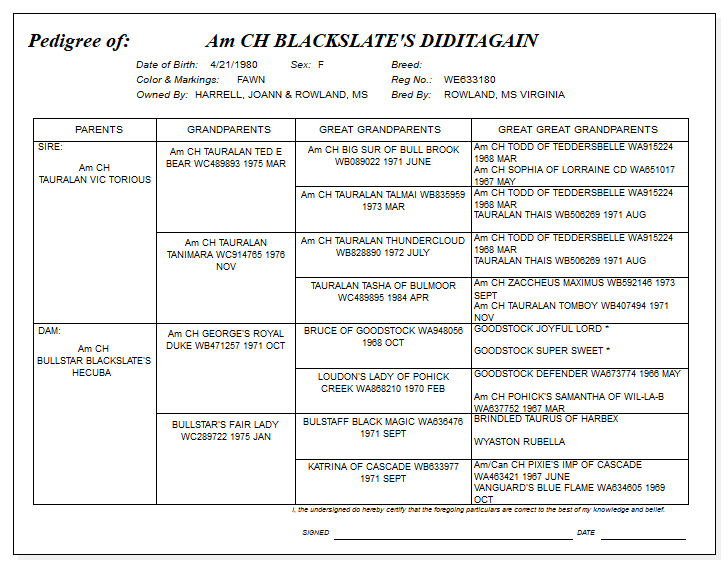 “Connie”  came from Ch. Bullstar Blackslate’s Hecuba’s last litter, sired by Ch. Tauralain Vic Torious.  Initially she was owned by Joanne Harrell of Tuscon, Arizona.  While owned by Joanne Harrell, she was bred to Ch. Windy Hill’s Hannibal, and from this litter there were three Champions that finished within a year, including a male that was a Group winner (who was tragically killed at a young age), and another male, Ch. Saguaro’s Domino, that was owned by Arthur Lambert and Terry Gaskins and was used in their breeding program.  Connie was later co-owned by Joanne Harrell and Virginia Rowland and bred a scond time to Ch. Tauralan Hold That Tiger.  She was a large fawn with black mask and ears, weighing around 115 pounds and, like her mother, was a gentle and loving bitch. Though worthy of her Championship, Connie produced better than she was. Connie died an early death when she escaped from her run with a kennelmate and was killed by a car.