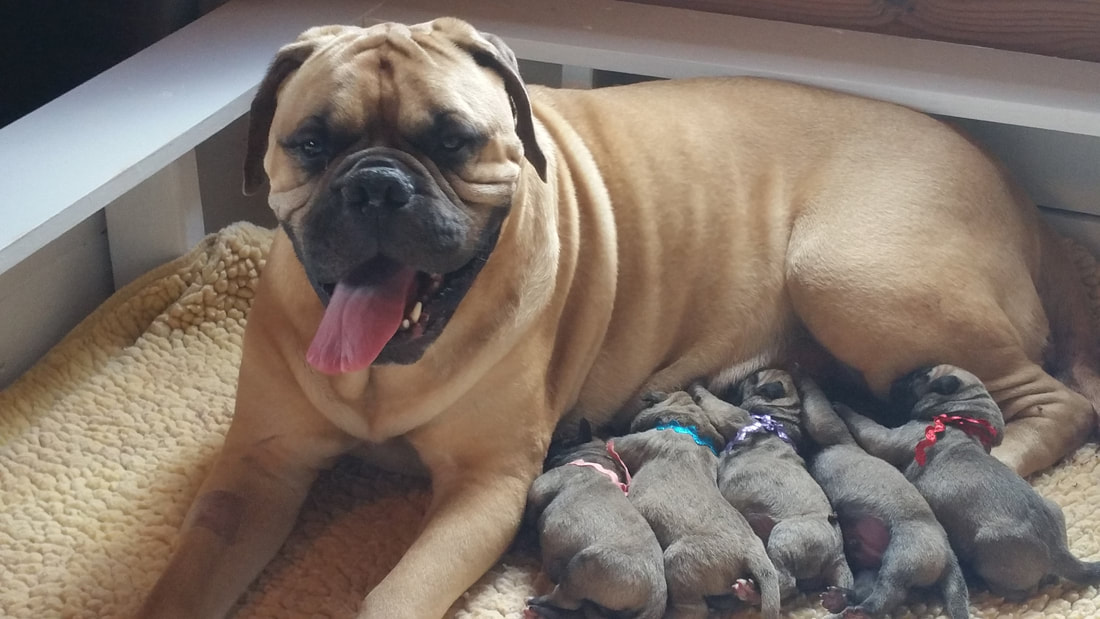 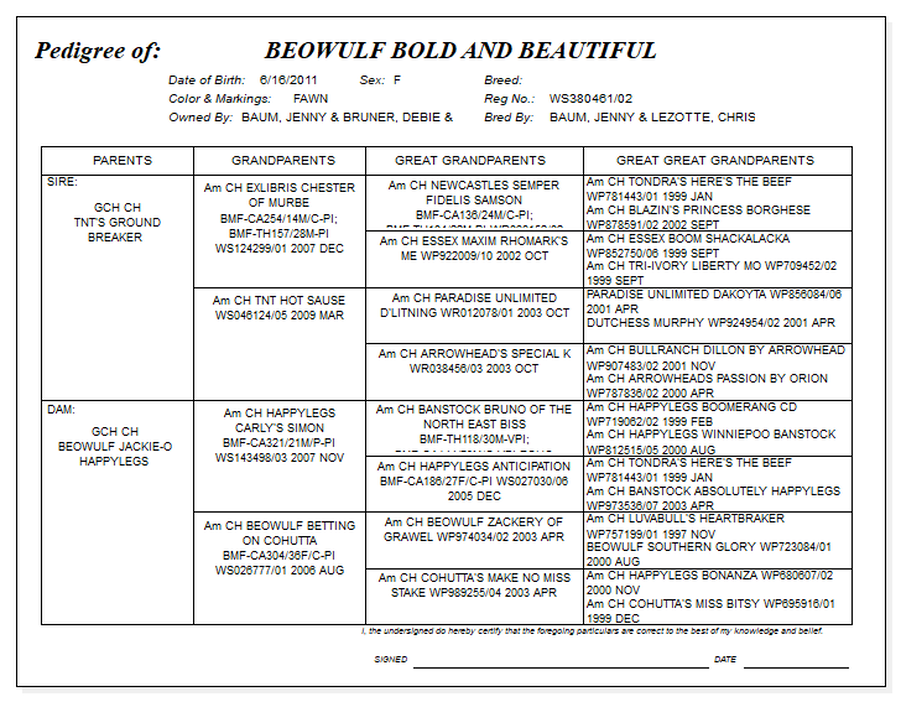 Fiona, first and foremost, was the family member of Will & Debbie Bruner. She was a real snuggle bug and a great talker too. A sister to GCH Beowulf The Perfect Wife Happylegs CGC, “Myrna” who went winners bitch at the 2012 National Specialty and retired the Best Bred-By Challenge trophy, Fiona was not shown as her role was of a house dog. Because I was having problems getting Myrna pregnant, Debbie let me breed Fiona. She excelled as a brood bitch. Not only did she take care of her two litters she raised Myrna’s litter too. Unfortunately Myrna’s pups were born too soon without hair or a sucking reflex. I lost four of eight of them, and when they were a week old Fiona took over as their mom too.Because the quality and temperaments were superior I rebred Fiona to GCh Banstock N Highpoint Yours, Ours & Mine RN CGC. This was the first time I ever repeated a breeding. Her first litter produced Ch Beowulf Spectacular Splash, “Esther” who won breed over 20 top
specials from the bred-by class and breeder-owner-handler Group 3 at the AKC National Championship. Esther finished her championship with 2 Regional Specialty Wins. Also in this litter was Ch Beowulf Jubilee another a regional Specialty winners bitch. As always, all Beowulf dogs are breeder or owner handled.

Her Second Litter produced NOHS BIS GCh Beowulf & Nevaeh Hard, Fast & Beautiful “Ida Claire” who was a group winner by 16 months, a multi group winner, multiple Winners at Regional Specialties and Best Of Opposite at the AKC National Specialty. This litter also produced 2 additional champions who where owner handled to their championship by 80 year old Jack Hyatt!
Fiona was such a sweet girl, an excellent producer and lived to eight.