he is the one BIS BISS srom 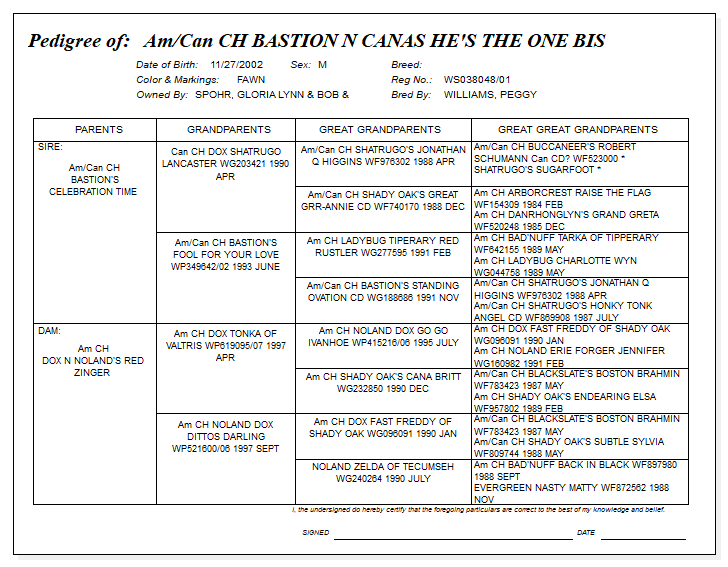 Uno
Uno came to us as a pick puppy from the last live breeding of his father Magnum ( Am.Can. Ch. Bastion’s Celebration Time Multi BIS Multi BISS) When I talk about Uno I can not help but think about what a clown he is. Uno is a taller, longer dog with a marvelous open side gait and that highly desired lightness of foot that could easily and quietly capture a poacher. These attributes were readily discernible even as a young puppy; and evident by his multiple Best Puppy in Show wins. His magnificent strength of character is his greatest asset.

Uno is the consummate gentleman, never rough or boisterous, but calm and composed. Yet, he has the ability to be unabashedly silly and fun loving. When asking for approval he carefully plants his giant paws on your shoulder. He has legs like massive tree trunks. When he first sees you he is SOOOO overwhelmed with joy he free foots it straight up into the air many many time to heights of 4-6 feet. Once you greet him his tail wags take over.

His show career covers two countries, He was showcased in Canada by Pam McClintock to both a Canadian Best in Show, a Canadian reserve Best in Show and a Canadian Best in Speciality. The number one spot was his for the year of 2005 and he was also ninth in the working group. Uno’s record of group placements include eight group one’s, seventeen group two’s. eleven group three’s., nine group fours with one reserve All Breed best in show and one all breed best in show. He returned home to the states and was shown by Cathy Martin and anchored the number 6 spot in breed points for the year of 2006. Once retired Uno has graduated to a life as a cherished companion and now has earned the title of best bed dog. His best bud here is Sally. The two of them are quite the hunt team. When they go out on the property, Uno freezes, while locating all the creatures he feels should not be on his farm. Sally goes one way and he the other. Be it squirrels or rabbit, the chase is on. His movement is fluid, fast and powerful as he covers the ground with speed and purpose...

Uno has been used as a sire in both line breedings and out crosses. One of his line breedings was to Am. Can. Champion Bastion’s Odds on Favorite GROM and produced two children. BOTH of these children went on to All Breed Best in Show wins. A rare feat in the world of Bullmastiffs. He gives wonderful bone, a open side gait and a impeccable temperament to any breeding of which he is a part.

Uno is alive and well at the time of this writing though a veteran. He loves life and lives large.