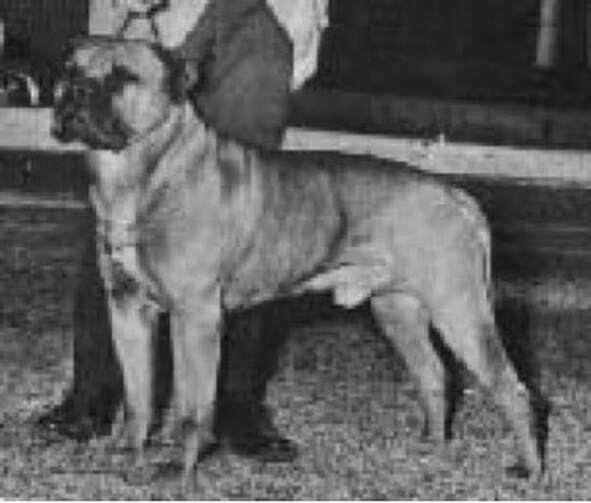 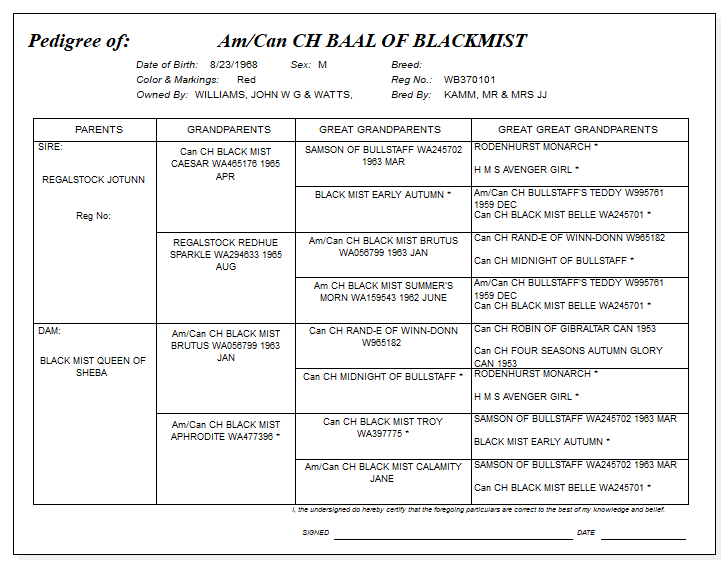 “Baal” was born August 23, 1968.  He was a dark red male.  In Canadian competition he did well, being Best Working Puppy in Group at the British Columbia Ladies Show in 1969.  He was Best of Winners at Portland in the States.  Even as a young dog he was capable of Group placements on both sides of the border.  Both Royalguard and Noble Nite Kennels used him as stud.  The only picture we could find of him was from a Greely’s advertisement.